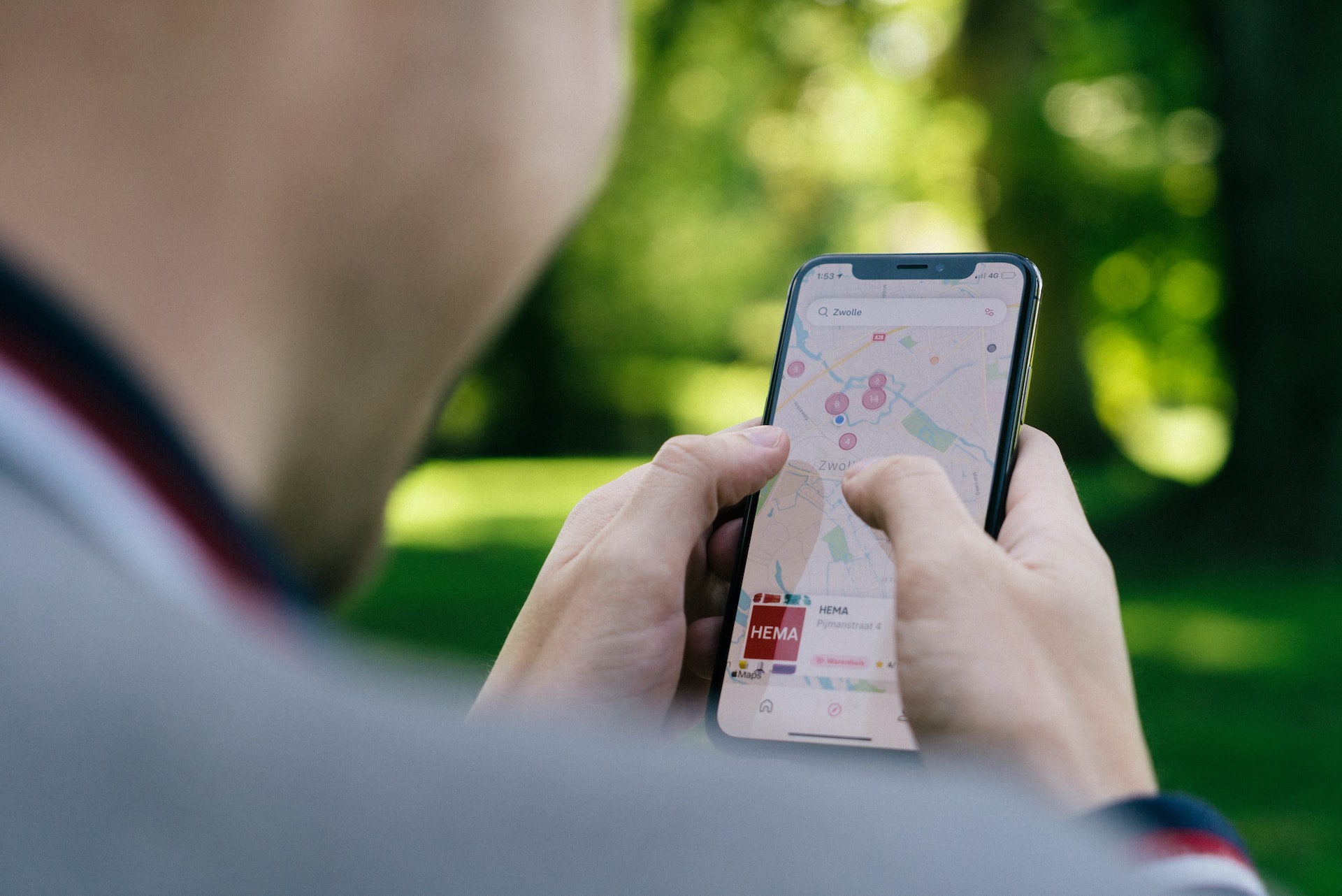 Having a GeoGuessr alternative would surely appeal to those who enjoy traveling worldwide.

This geography gaming platform, released in 2013, uses pictures from Google Maps to showcase images, leaving users to guess the location.

Though quite interesting, the free version has many limitations that leave players wanting more, hence the need for an alternative.

Alternatives to GeoGuessr include both paid and free versions, and the best alternative would be based on preference.

Geotastic, Get-Lost, and Seterra, on the other hand, require a subscription but have a free option.

However, this popular game may still be new to many people. This article will teach you about GeoGuessr, the need for an alternative, and the best free and paid alternatives online.

GeoGuessr is a geography gaming platform created by Anton Wallén in May 2013. Players of this game use street-view imagery to guess locations.

It enables students to learn more about the specific characteristics of various locations and is quite educational.

This fun and highly addictive game allows players to guess their location in the world through hints and clues.

It features multiple modes for both single-player and multiplayer competitions, with unlimited play options.

Although this game started as an experiment, it has since become one of the most downloaded games on Steam.

The game offers a free version where users can play for free for 5 minutes every 15 minutes. However, the paid version offers more features to be enjoyed by its players.

This limited feature makes players of the game look for alternatives, either for free or for a fee.

What To Look For In A GeoGuessr Alternative

Unlike before, the GeoGuessr game was absolutely free, but since 2019, players need to pay to enjoy the pro version.

The limitations of the free version make it necessary for players to seek an alternative. This is because the game is no longer as fun as it used to be.

In searching for a suitable alternative, the following factors should be carefully considered:

Players of this game who sought more educational content would definitely search for an alternative to GeoGuessr.

This is so because, in playing the GeoGuessr game, you either know the place in question or you don’t.

However, there are other alternatives that bring more educational content to the game.

GeoGuessr started out as a free gaming service. With the introduction of the pro version came many limitations with the free version.

Players of the game will naturally search for better alternatives to the free version.

Though the game developers considered about 10 languages in creating this game, not all players understand these languages.

This brings about looking for alternatives in their language of preference. Nothing beats enjoying your favorite game in the language you best understand.

Irrespective of player preference, read on to find 12 alternatives for GeoGuessr readily available for download.

City Guesser is perhaps the best free alternative that offers online gameplay. Unlike Geoguessr, it uses video rather than Google Maps to display a location.

Players are required to watch a video of any random location and take note of its unique characteristics.

Next, they start guessing and end by clicking the green guess button, which brings up a map.

The points you get for that round are determined by how close you are to the location. It features a multiplayer mode that allows you to play with people worldwide or in your city.

You can even initiate games for others to join by creating private or public rooms.

City Guesser is absolutely free, entertaining, and a great alternative to GeoGuessr. Without any registration required, you can start playing the game with ease.

If you are ready to explore the world while having fun, this geography map game is the right choice. The game was created to make learning geography fun for even newbies.

It has five game modes, different difficulty levels, and a timer determining the points earned per round.

PlayGeography is based on several locations worldwide, from Asia and Europe to North and South America, Europe, and even Africa.

This ensures a more significant number of people around the world get to enjoy and explore this game with ease. It also has an integrated chat system, helping you chat with people worldwide.

However, for a free game, it has more questions and is a great alternative.

A simple but educational alternative is the ZoomTastic game. With unique gameplay, you get to guess the names of countries in 30 seconds.

This would require some level of speed from the players in this game.

ZoomTastic doesn’t require registration before enjoying the game, making it free to play. Players are usually given hints and four possible answers to make their guesses more accurate.

Though it has just one play mode, the highest scorers are among the top 100 players, which is fantastic.

Though a great alternative, this game can only be played on a laptop or desktop. If you want to play with your phone, check out other alternatives to GeoGuessr.

Ducksters is a fun educational game where you can learn math, puzzles, words, sports, arcades, typing, classics, and geography while having fun.

Like GeoGuessr, it uses Google Street View images from random locations and allows you to guess the location. It has comprehensive coverage of all continents, US states, flags, and capitals.

It allows players to add the latitude and longitude coordinates of any place in the world used by other players.

With an extensive collection of maps and a built-in navigator, it sure is an excellent alternative.

This is a web-based geography game designed for kids and adults alike to test their knowledge level.

With various stimulating games available, you can take quizzes on regions, countries, deserts, oceans, and more.

Without creating an account, you can play games based on the maps of over 190 countries.

World Geography Games is a fantastic alternative because it has more game types. It can be translated into 7 different languages: English, German, Polish, French, Dutch, Turkish, and Spanish.

This game is entirely free to play.

If you want to travel virtually to new locations, then the Guess Where Challenge is a suitable game. It features different play modes as one of the best alternatives on an Android device.

You are challenged to find remote locations on the map and significant landmarks and monuments.

This just-for-fun game requires that you take a picture of your current location when starting the game.

It also features a multiplayer mode where you decide who to play with: your friends or a random stranger.

Like GeoGuessr, it is free to play; however, no points are earned when playing this game.

This game tests your map-reading ability and general knowledge of geography in a fun way. With two play modes, you are only scored when your guess is correct.

It is similar to GeoGuessr in that you must guess a location with hints and clues given without referring to your map.

This game may seem difficult to play for those new to map reading, but hey, it’s all for fun.

It has various quiz modes, with the Europe mode, where you identify European countries, being the most popular.

It’s as simple as selecting your interest area to customize these quizzes.

It is ideal for teachers to help their students learn about the world in a fun setting. Classes and quizzes can be set up with a teacher account and a personalized quiz tracker for all students.

“Where Am I” is a street-view geo game that uses Google Maps to place players in a random location worldwide.

Players use street view navigation to move around the city and guess the location as they progress to new levels. It has over 174 levels and is a brain teaser and geography combination.

This app allows players to guess their location or walk around the city to discover their location. Hints have been enabled in the latest version to help players when stuck.

Where Am I is yet another fantastic alternative that is free to play even with an Android phone.

Based on the childhood hide-and-seek game, this multiplayer game allows you to explore the world through geolocation.

With multiple play modes, players are paired randomly with other players and must guess various locations.

One unique feature of this app is the ability to see where other players are playing from and where they’ve been.

Hide and seek allows players to create their own challenges and has a chat function that allows them to communicate with their teammates while playing.

Each player has a map as well as their current location. It is sure to be fun and a great alternative to GeoGuessr.

Geotastic is a geography quiz game that can be played alone or with friends and is free to play.

Users must register for a free account without providing personal information other than their email address and password.

It is crowd funded and the best alternative, but with much more fun things to do for free.

As you guess about countries, flags, famous landmarks, or a random location, clues, and hints guide you.

With various game modes, challenges, and unlimited playtime, you can choose to play alone or with others. It has multiple features to keep you hooked.

Playing the game means connecting to Google Maps once the game starts. It also records the players’ location and how fast they guessed correctly.

This game uses ads to sustain the free mode for players, so get used to that.

GetLost helps game lovers explore the world with just their laptops. It is a discovery game that uses random streetside maps to test your geography skills.

With clues in these pictures, you get to investigate your location and click the map to make a guess.

The game consists of 5 rounds, with scoring based on your proximity to the actual location in the picture provided. The current maximum score is 5000 per round.

The game uses over 500 locations based on real-life places, making it a great alternative to GeoGuessr.

You can start playing immediately by signing up for the site with your email, Twitter, or Google account.

However, this game is focused on India and the US alone, which limits players from other parts of the world who have no knowledge of these locations.

The Seterra game helps you become a geography expert while having fun at the same time.

It is an enjoyable and educational game based on geography that gives access to over 400 customizable quizzes.

These quizzes are based on your knowledge of countries, lakes, rivers, oceans, capitals, flags, etc.

This game has been operating since 1997 and is available in over 40 languages, making it a great alternative to Geoguessr.

With over 1 million games played daily, it has helped millions of people learn more about geography and the world.

It features nine challenging game modes to keep things engaging. Each of the game modes tests your knowledge as you progress in the game.

Another exciting feature that makes it an excellent alternative is the ability to customize your quizzes, which can be shared with friends or even your students.

There really is no limit to how much we can learn. And having an alternative would expand your knowledge of geography while having fun.