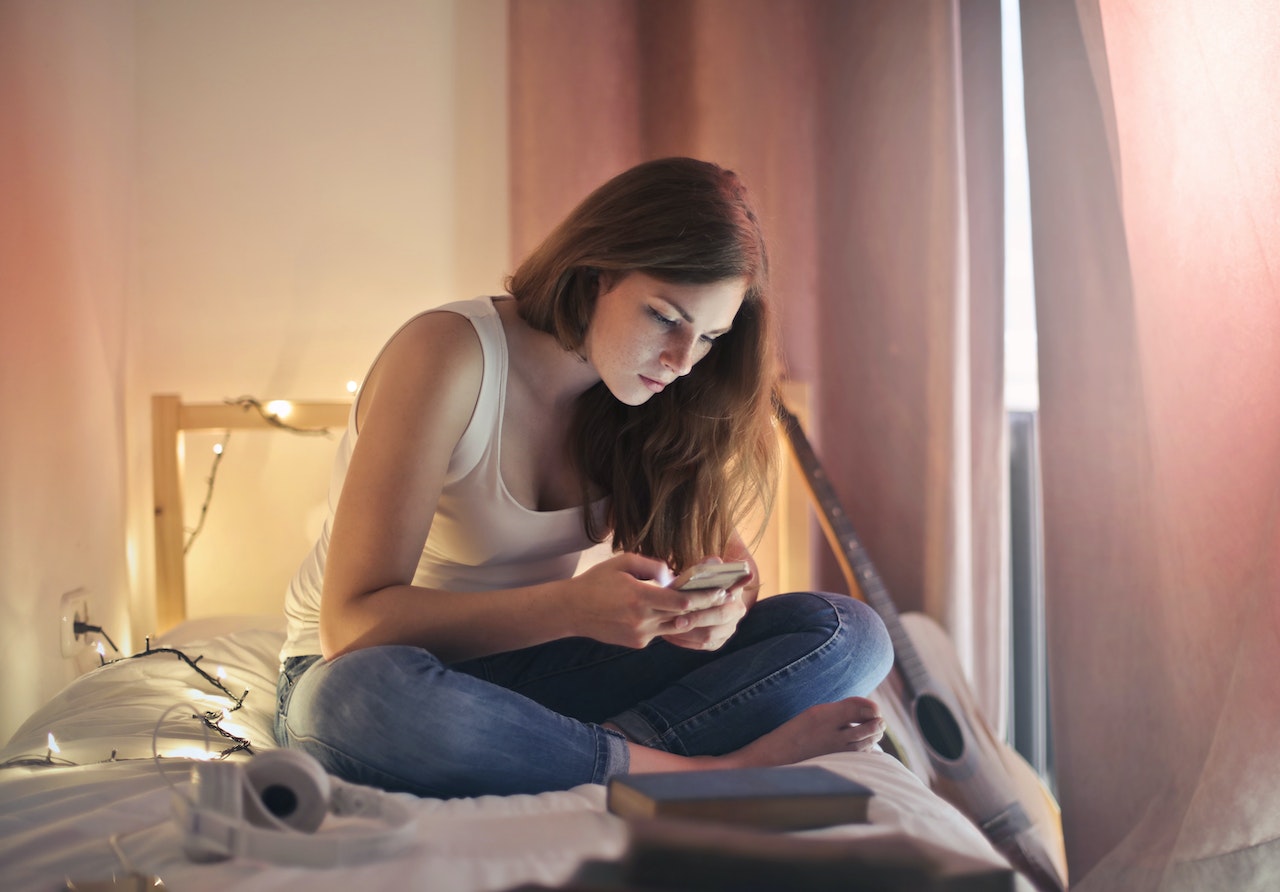 Suppose you’re searching for an AppCake alternative that offers more application options. Or that supports your Android device. In these cases, this post will point you in the right direction.

The best alternative to AppCake are free to download and install, housing lots of free apps and games. They include Cokernutx, FlekStore, Panda Helper iOS, and Ignition.

These apps don’t require jailbreaking or rooting. You can safely download and install unsigned, tweaked, patched, and pre-installed apps and games on your device.

Additionally, some come with jailbreak installations, such as Electra and Unc0ver.

This post discusses over ten apps that are the ideal alternative. Let’s dive into what AppCake is first.

AppCake is a third-party substitute for Apple’s App Store, first released in 2008. It was developed to work on non-jailbroken Apple devices, rivaling Cydia.

However, it can also work on jailbroken iPhones and iPads.

The app provides the following:

You can easily sideload IPA files to your Apple device using AppCake. Therefore, you can bypass Apple’s restrictions on modified and tweaked apps.

Compared to Cydia Impactor, a similar app for sideloading IPA files, AppCake is a significant step up. It offers more features and choices, including a broader range of pre-installed IPA files.

You can still download IPA files from the internet, but you don’t need to go through the hassle when using AppCake.

The app has a built-in search, so you can find apps faster. It also has a built-in web server. Therefore, you can access downloaded files through any web browser.

Furthermore, AppCake has a download manager, enabling you to monitor and manage downloaded files.

And you can change the settings in-app, which includes fixing app crashes on iOS 13 and iOS 14 devices and automatic app installation.

What To Look for In An AppCake Alternative

When searching for an alternative, consider the following to get as much value as possible from the app:

Cokernutx is a third-party app that functions like Apple’s App Store and the Google Play Store. However, it gives you free access to popular paid apps and games instead.

The unofficial app store offers over 5000 cracked applications for your Apple devices.

You can install these applications without a computer. Simply install them directly from the Safari browser.

It’s the best alternative because it has an App store dedicated to Android devices. Therefore, its apps aren’t exclusive to iOS.

AppValley is a website that allows you to download and install apps that aren’t available on the official App Store. This includes paid and tweaked apps, jailbreak tools, and utilities.

This alternative replaces jailbreaking, much like AppCake. Therefore, you won’t void the warranty of your iPhone, unlike when you jailbreak your device.

It’s free to download and install some apps and games on AppValley. However, others are only available with a paid membership to AppValley VIP.

Subscribing to AppValley VIP also reduces the chances of Apple revoking the app and gives you dedicated support, so it’s worth the investment.

This alternative is one of the most popular third-party app store substitutes. It’s compatible with all devices running iOS 8 and up.

You can discover several game hacks and tweaks on TopStore, available for free download and installation.

These include tweaked social media apps and streaming platforms like TikTok++ and CinemaBox.

Additionally, you can download and install popular apps and jailbreak tools provided by the jailbreak community, including RootlessInstaller and unc0ver.

TopStore boasts a user-friendly interface, and its functionality is similar to AppCake’s. That’s why it’s another alternative worth looking into.

TweakBox is another excellent alternative. It works on jailbroken and non-jailbroken iPhones, iPads, and Android devices.

Therefore, you won’t need to void your device’s warranty to use it.

The app provides free access to premium apps and games not available in the official application stores. You can also jailbreak your device safely and securely with TweakBox.

TweakBox has a wide range of content, making it the best alternative. You can discover and download apps, movies, music, TV shows, and games.

Its compatibility with Android devices also gives it a leg up.

When using TweakBox, you’ll benefit from a simple and user-friendly interface.

Navigating the app is also easy because the apps are categorized into tweaked or changed apps, hacked games, TweakBox apps, and others.

TweakBox is regularly updated, so you’ll have immediate access to all popular games and apps. And its customer support is responsive, much like AppCake’s.

This alternative is a third-party application for downloading unsigned iOS apps and Cydia tweaks without jailbreaking your device. It’s a paid app, unlike AppCake.

Therefore, you’ll need to spring for the yearly subscription to install apps.

FlekStore is worth paying the subscription. You get access to several apps, including patched games, which FlekStore states are more stable than those provided by other unofficial app stores.

The sophisticated user interface is one reason this alternative is amongst the best. You can customize it to your liking, choosing between the available themes.

Besides customizing the app’s UI, you can change app names and install duplicates.

Additionally, AppDB provides several ebooks, old versions of apps, and macOS apps. As a result, it’s a great alternative to AppCake if you’re looking for more in a third-party app store.

However, the app’s developers rely on ad revenue. Therefore, expect advertisements while using the app.

Still, you won’t need to jailbreak your device to use AppDB, nor will you have to pay to use it.

AltStore is known as an unofficial app store for non-jailbroken devices. It provides a comprehensive app library, which includes emulators, tweaked apps, and patched games.

And they’re all free to download and install on your Apple Devices.

Using AltStore requires an advanced setup. Compared to AppCake, you’ll need to download and install the AltServer for the app to work. The server will give you access to AltStore.

There’s zero chance Apple will revoke AltStore. This is because it doesn’t utilize enterprise certificates. Instead, developers add the apps to the store using the developer feature.

Therefore, it offers the same security as AppCake does.

A benefit of this alternative is that it prevents apps from expiring. This is possible because it periodically refreshes apps in the background.

HipStore is a substitute for the native Apple App Store.

It does away with jailbreaking your Apple device, giving you access to several apps and tools that aren’t readily available on the App Store.

This alternative is free to download and install. It’s compatible with devices running iOS 15 and older.

And the app features a unique, free-flowing GUI and a download manager.

If you enjoy playing indie games, Hipstore is for you. It provides unique games exclusive to its third-party app store, which gives it a leg up to stores like AppCake.

Panda Helper is a free alternative to Apple’s App Store and the Google Play Store.

You can download and install several popular games and applications without using a computer or jailbreaking your iPhone or iPad.

Furthermore, Panda Helper has many tweaked apps and patches for iOS and Android devices.

The app is compatible with devices running iOS 8 and up. And it offers multilingual support. For that reason, it’s one of the best alternatives.

You can subscribe to the VIP version if you want more from the app. You’ll get a more stable certificate, so there’ll be fewer chances the app will be revoked.

Additionally, you can unlock advanced features, including App Cloner, Cheat Engine, and Cloud Save.

TutuApp is an unofficial app store for PC, iOS, and Android devices. It provides thousands of free tweaked apps, MOD and hacked games, emulators, and more.

As with most alternatives, it doesn’t require jailbreak or a computer. Therefore, it’s easy to install and use.

TutuApp offers a forum, like AppCake, allowing users to post questions. However, TutuApp works on macOS, Android, and Windows devices, unlike AppCake, which is exclusive to iOS devices.

This makes it a great alternative to AppCake for users without iOS devices.

Replacement for AppCake come in all shapes and sizes. Some have a more modern UI, while others are compatible with Android devices.

The best substitutes for AppCake include FlekStore, Cokernutx, TopStore, and Panda Helper. They don’t require you to jailbreak or root your device.

Therefore, you can stay on good terms with Apple.

Remember to always download and install alternatives to AppCake, apps, and games from a trusted source. This is because cracked apps can contain malware.

Also, if you’re concerned about your safety while using one of these apps, download VPN software.